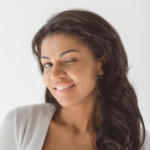 Born in London to parents of Pakistani heritage, Lila Ayub was always engaged in health. Her mother was quite health-conscious and always put healthy meals on the table, while Lila herself was always engaged in Physical Education at school. She always enjoyed playing football in the garden with her older brothers, no matter if she got pushed around a lot!

After leaving school aged 18, she attended Loughborough University where she graduated with a First Class Honours degree in Sport and Exercise Science. Following this, she trained to become a personal trainer. With such high qualifications, Lila was awarded with a well-paid job at a top gym in London, where she has worked ever since.

Taking on clients was something that Lila thoroughly enjoyed; she loved bonding with new and unique people and designing specialised training plans for each of them. Over the years, she got to work with high-level athletes looking to optimise their performance, as well as people who had no fitness skill whatsoever and were looking for a place to start. Through this work, she learnt just how different everyone’s fitness journey is.

Lila is passionate about educating people on how to be the best versions of themselves. This is why she believes so strongly that individualised training plans are important – the path to fitness is different for everybody. However, she does believe that there are several places where many people are going wrong in their fitness journey, such as lacking a proper diet and ignoring the importance of recovery in training. Through this, she has begun posting articles online to educate people about these very foundational elements of fitness.

It was only recently that Lila was acquainted with cannabidiol, as it was mentioned to her by one of her clients. Intrigued, she began to educate herself thoroughly on the subject, and decided to give it a go for herself. Instantly, she was hooked, and she quickly became a large advocate for CBD. Now, Lila says that she recommends the cannabinoid to most of her training clients!

After learning about the potential health benefits of CBD, Lila has begun to include facts about it in her articles, recommending it for both newbies to fitness and top athletes alike. She believes that CBD could be an extremely important element in the diet and fitness regimes of many individuals, as it could help to improve performance by benefitting the endocannabinoid system (ECS).

Currently, Lila is still working in the gym – she doesn’t want to give up a job she loves so much! When she isn’t working, she invests her time in writing and engaging in health activism, fighting for a healthier Britain. Sometimes she gives talks at primary schools, as she believes it’s important to get children active and garner an interest in health early on. Now, she plans to give more talks to adults in health centres and classes, where she can educate on the benefits of CBD and hemp.